Will Palmer takes the championship lead 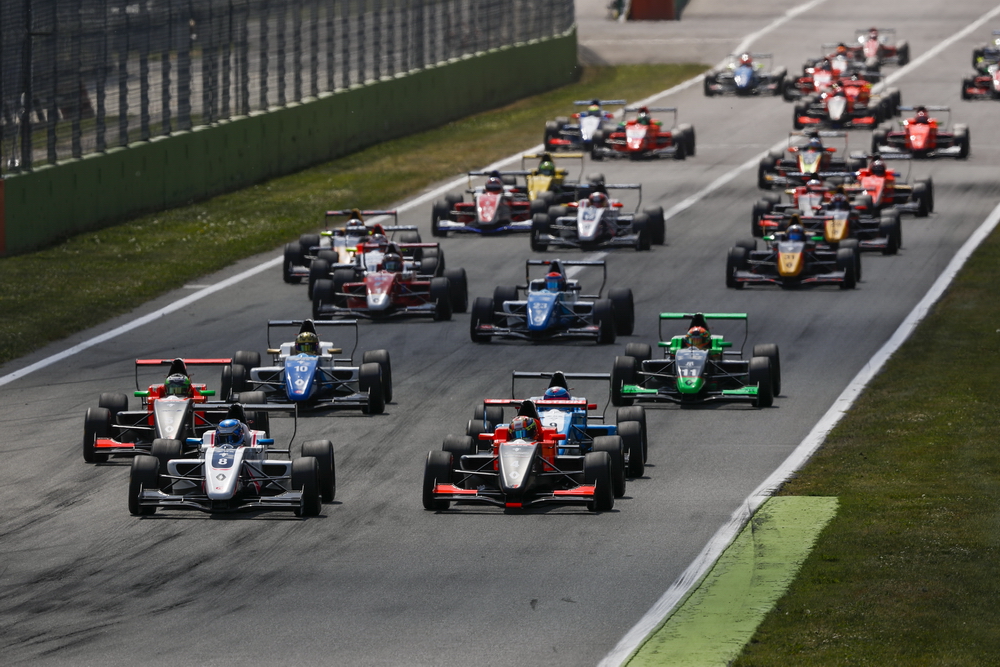 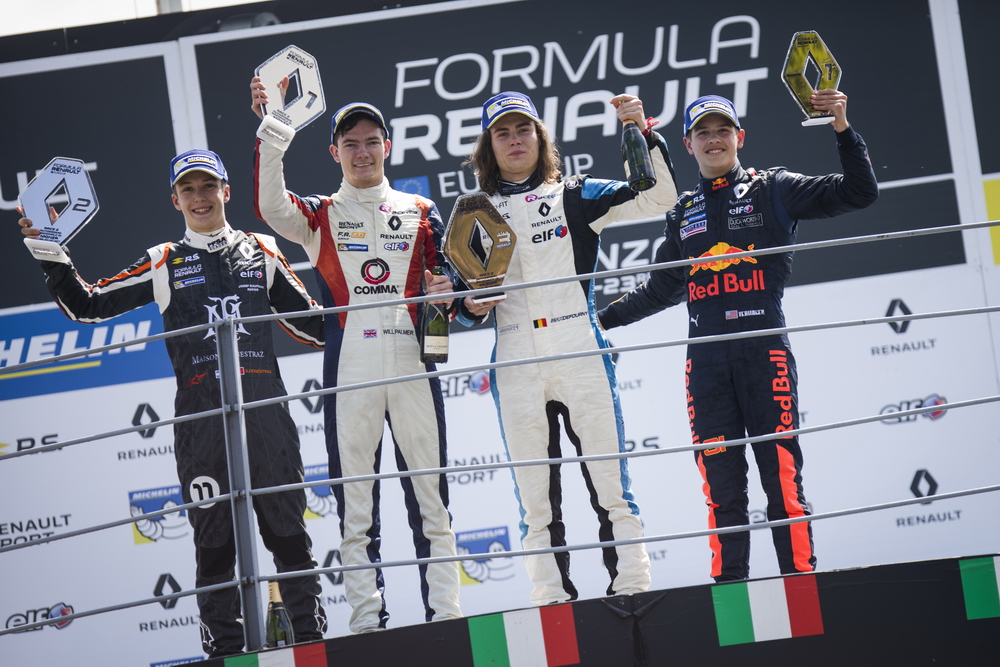 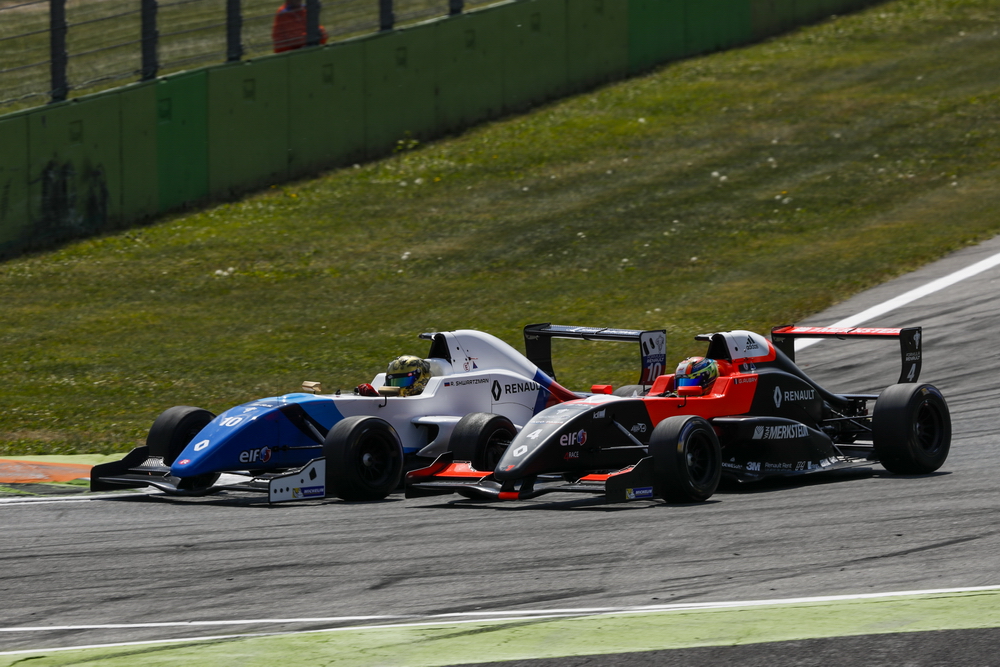 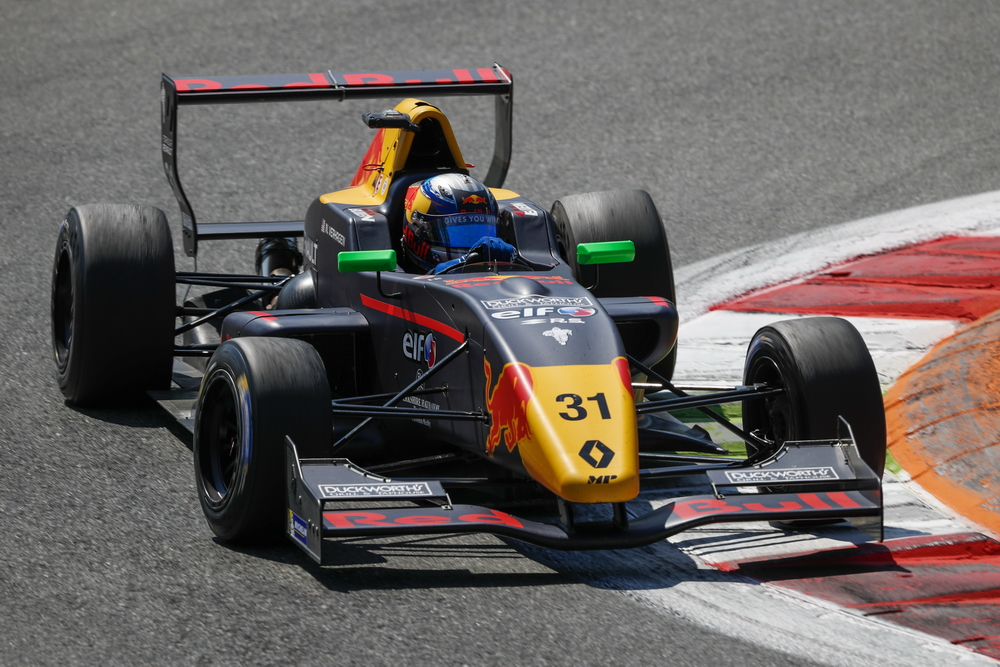 Will Palmer takes the championship lead

As was the case on Saturday, the second group of qualifiers had the advantage. Gabriel Aubry clocked the quickest lap in 1:49.502 ahead of Max Defourny and Sacha Fenestraz, who tied for equal second.

Gabriel Aubry lined up ahead of Will Palmer, who set best time in his group, Max Defourny, rookie Thomas Maxwell (Tech 1 Racing) and Sacha Fenestraz.

Will Palmer got an excellent start to take the lead from Gabriel Aubry at the first corner. Behind, Max Defourny held on to third in front of sixth place starter, Robert Shwartzman, and Sacha Fenestraz. On lap two there were battles up and down the order when the safety car was called into service following the incident between Henrique Chaves (AVF by Adrián Vallés) and Alex Peroni (Fortec Motorsports).

Will Palmer kept the top spot when the race resumed on lap six, while Max Defourny was surprised by Robert Shwartzman and Sacha Fenestraz. The Belgian answered, taking the fight to the Frenchman. Meanwhile, Robert Shwartzman closed ground to Gabriel Aubry, but the two made contact on lap 11.

Sacha Fenestraz (Josef Kaufmann Racing): “I got a bad start. It made the early part of my race difficult just until the intervention of the safety car. Despite the tyres being a little cold on the restart, I tried to pass Max. It was hard, but once my pass was done, I could drive 100% to try to catch Will Palmer. He was very fast and it was more important to score some good points. Consistent point scoring is the key for winning the title and we were a little lucky with the incident between Gabriel Aubry and Robert Shwartzman.”

Max Defourny (R-ace GP): “It was a tough weekend and harder than expected. We didn’t get an ideal start but then we showed promising pace in the two qualifying sessions, most notably on Sunday morning. Alas, I didn’t get the pole, but we had a good spot on the grid. We ran the solid race pace we wanted. Now we have to concentrate on what comes next. The season is longer than last year and like Sacha said, consistency will be the key.”

Neil Verhagen (MP Motorsport): “Starting 12th on the grid to finish just off the podium…I am so happy that I have no words! I had caught up to Thomas Maxwell for a few laps. I made a few mistakes and I knew it was the last lap, so I made my move in the Parabolica and it was a good one. After the incident yesterday, being sixth overall after the first meeting is fantastic!”

Read about the first race here