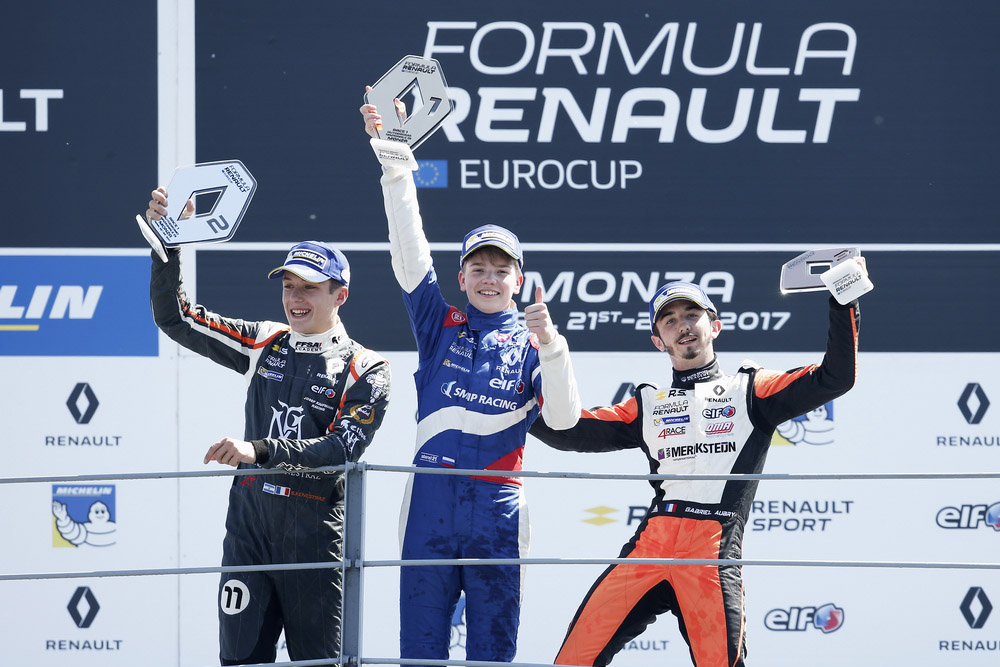 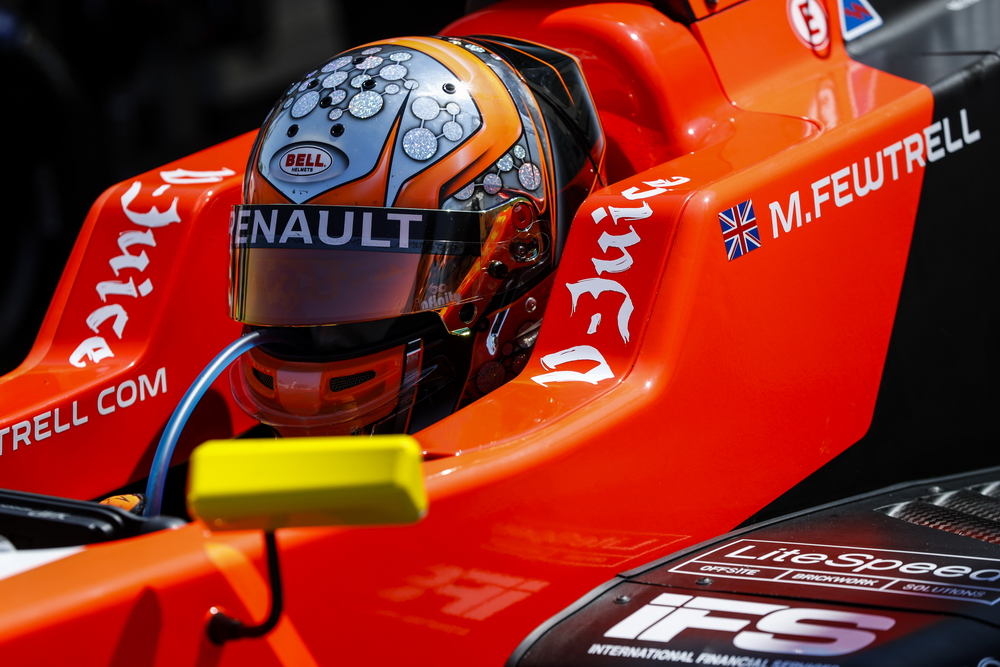 After claiming the pole position this morning, Robert Shwartzman (R-ace GP) scored his first victory at the conclusion of the opening race of the 2017 Formula Renault Eurocup season. The SMP Racing backed Russian was joined on the podium by Sacha Fenestraz (Josef Kaufmann Racing) and Gabriel Aubry (Tech 1 Racing). Eighth in his first appearnace in the category, Renault Sport Academy member, Max Fewtrell (Tech 1 Racing) won among the rookies.

Under bright blue skies, qualifying went the way of the second group on track. Qualifying in Group B, Robert Schwartzman took the pole with a time of 1:48.506 versus the 149.051 set by Gabriel Aubry in Group A.

The Russian keeps his cool

At the start, the positions remained unchanged before the safety car was called into service following contact between Ghislain Cordeel (Arden Motorsport) and Rodrigo Pflucker (AVF by Adrián Vallés). On lap five, Robert Shwartzman maintained the lead at the re-start, while Sacha Fenestraz passed Will Palmer and Gabriel Aubry to move up to second place.

Robert Shwartzman (R-ace GP): “I am very happy to take my first win in the Formula Renault Eurocup. It was a tough race. I did not understand why there were so many safety cars. I am a little disappointed there was a red flag. It cut short what was a fine battle with Sacha after three corners…He put in an excellent re-start and was a bit ahead on the straight, but I entered the chicane as hard as I could. I was concerned we would touch, but everything worked out! I want to thank the team for the work it has done on the car, we have been very quick since the beginning of the weekend and I feel really comfortable behind the wheel.”

Sacha Fenestraz (Josef Kaufmann Racing): “It was a good race. We have the speed to be up front. I would have liked to have battled longer with Robert, but the red flag spoiled that. I put in some nice moves on Will Palmer and Gabriel Aubry, but we were up against a very strong leader on the re-starts. The first corner before the end of the race was a bit tense, but we kept it clean to take some good points for the championship.”

Gabriel Aubry (Tech 1 Racing): “I’m thrilled with the performance put in today. We worked a lot during the winter and it’s paying off. If someone told me last year I’d be racing for the podium at Monza, I wouldn’t have believed them. I’m very happy with this result, even though my race was a little boring! I look forward to tomorrow to confirm, especially as this time I should be in the faster qualifying group.”

Max Fewtrell (Tech 1 Racing): “It was a positive day, especially in qualifying even though I didn’t put in the ideal lap. To finish fourth in the group is plenty satisfying. I was eighth on the grid and I swapped positions before passing Yifei Ye. After the second re-start, I moved up to sixth, but then the red flag came out. It is a shame, but I think there’s still more to come.”

Read about the second race here