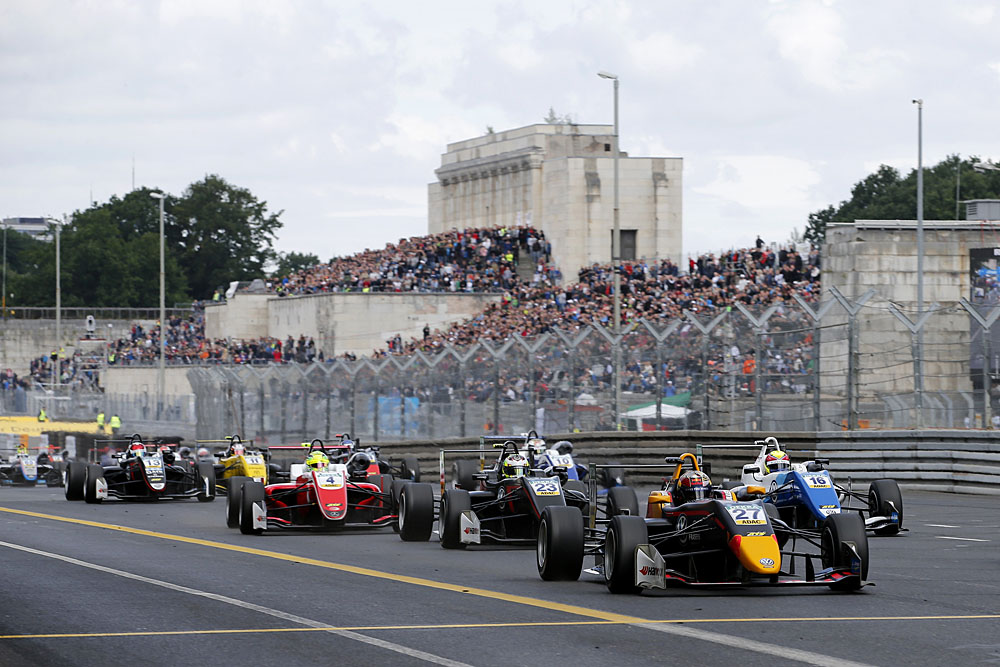 After the restart Armstrong saved his lead and pulled away once again leaving Aron, Daruvala and Ticktum to fight for the second place. This order remained at the finish line. Mick Schumacher finished 5th, Robert Shwartzman 6th.

Marcus Armstrong (PREMA Theodore Racing): “This race was nearly perfect. This season, I have been having some bad luck, so I am particularly happy with this victory now. Of course, the facts that I started from pole position and that my team has done a great job were already helpful.”

Robert Shwartzman started from pole in Race 2 but got into a crash with Enaam Ahmed and was forced to retire the race after turn 1. Meanwhile Dan Ticktum stalled his car during the start and was hit very hard from behind by Ameya Vaydyanathan (Carlin). Both cars were seriously damaged as the drivers, thankfully, avoided serious injuries.

Ahmed took the lead of the race but lost it to Juri Vips (Motopark) who secured the win ahead of Armstrong and Keyvan Andres (Van Amersfoort Racing).

Jüri Vips (Motopark): “I am really happy with this victory, especially as I first had to make it to the front. Especially the duel with Enaam for the lead was great fun. The Norisring is a track at which you can fight for positions like this, something I enjoyed. The interruption was no problem for me. Together with my team, I prepared for the start behind the safety car.”

Third race at Norisring was the most eventful in terms of accidents. Safety car saw the track three times so drivers had to spend most of the distance behind it.

Dan Ticktum scored the photo-finish win in just 0.057 ahead of Vips. Armstrong took another podium place.

Daniel Ticktum (Motopark): “I felt pretty well after the accident this morning, I just had a headache and my neck was a bit sore after the crash. I wasn’t sure whether my team would be able to get my car repaired in time, but they did a tremendous job. They didn’t just make a quick repair, they even gave me a car that enabled me to win. That was unbelievable, I just can’t thank them enough.”

Marcus Armstrong became the new championship leader after Norisring event. Dan Ticktum is just 1 point behind him as Enaam Ahmed keeps the third place at the moment.

Next FIA Formula 3 event will take place at Zandvoort, Netherlands, from 13 to 15 July.