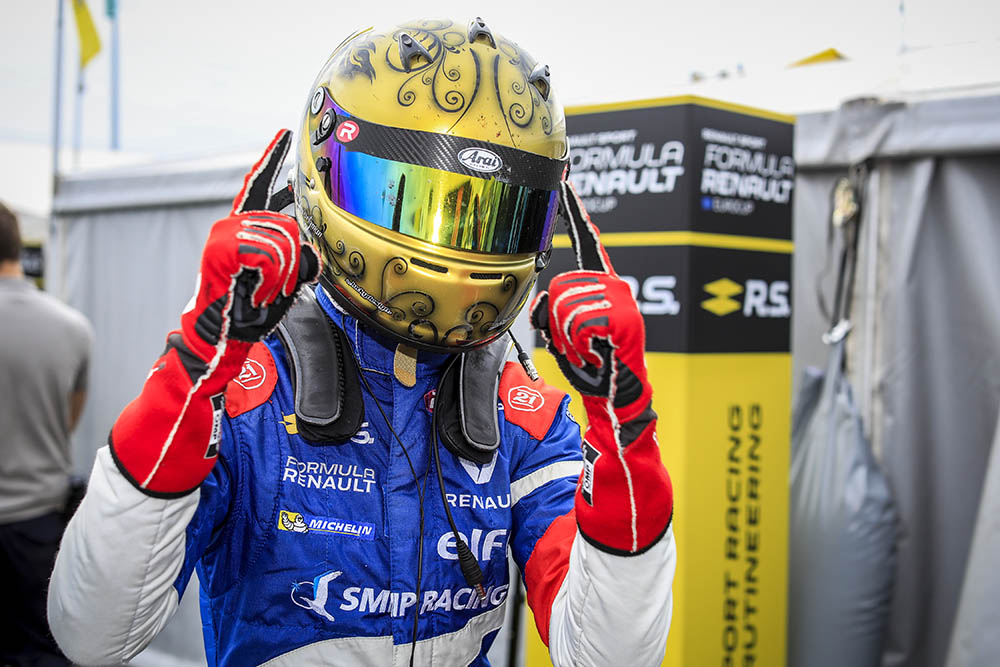 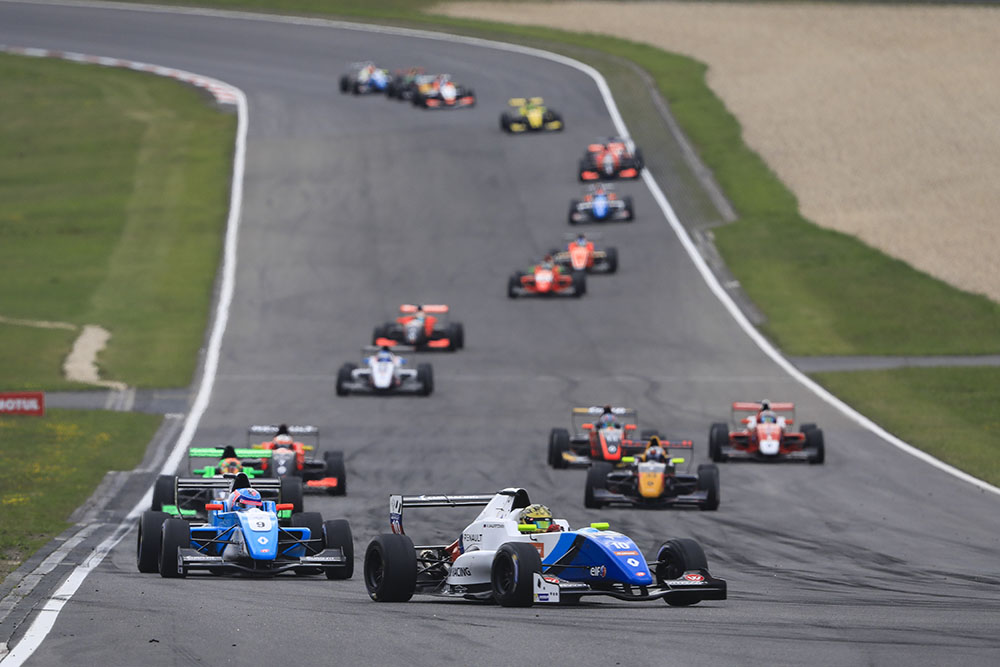 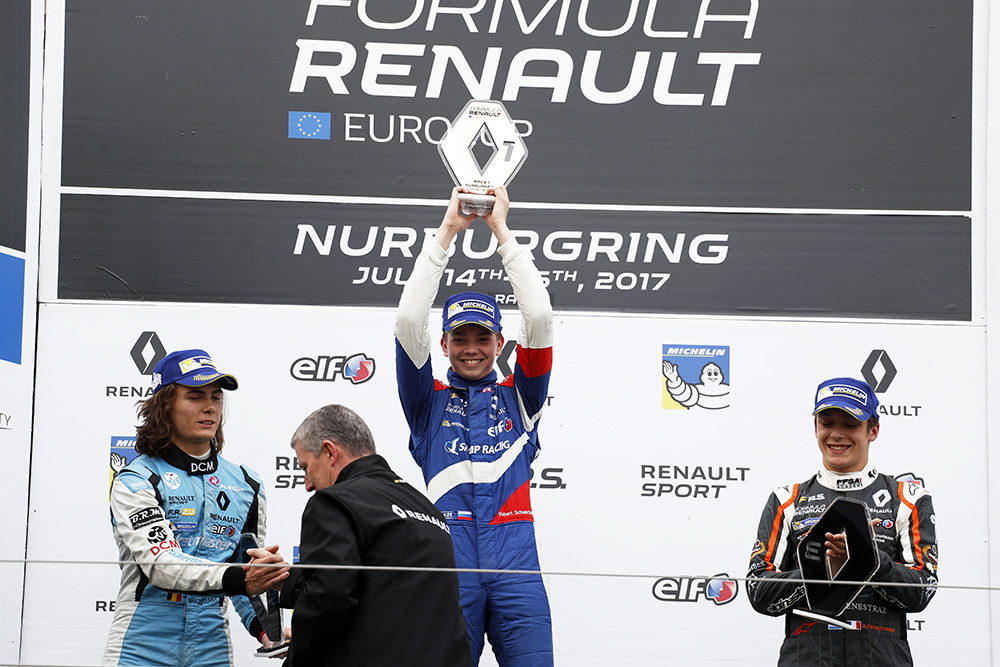 The SMP Racing driver outqualified his rivals in the second group in the morning with the time 1:54.750 – almost 4 tenths faster than anyone. Max Defourny led the first group securing the front row start for himself.

Sacha Fenestraz was the fastest man in second qualifying with the result of 1:54.741. Shwartzman was leading his group until found himself in the gravel causing the red flags and denying himself one fastest lap which leads to the start from P4 on Sunday.

Nobody could gain any advantage on Shwartzman-Defourny duo after the start of Saturday race as the two leaders easily came off and finished 5 seconds ahead of Fenestraz who overtook Daniel Ticktum (Arden Motorsport) for the third place.

Max Defourny took the fastest lap of the race and persuaded his teammate to the checkered flag. Daniel Ticktum was penalized for cutting the chicane while defending his position from the attack of Max Fewtrell (Tech 1 Racing). 5 seconds were added to the Brit’s time though it didn’t affect his final position of the best rookie.

Second race at Nurburgring starts on Sunday at 9:10.

Robert Shwartzman (R-ace GP): “It’s great to back on the top step of the podium and I couldn’t be happier. Our pace in the collective tests wasn’t terrific, but we turned it around in qualifying. The race was a bit tough as Max was pouring on the pressure and made me keep looking into my mirrors. The track conditions changed a lot and I had to manage over-steer in final laps. Now it is up to me to stay on top of the general classification, but I know just how fast my rivals are. They are not going to give up until the last race!”

Max Defourny (R-ace GP): “I am happy with the points I picked up, but I am not here to finish second! Today, we had the speed to win. Qualifying went well, but I was in the first group in Q1. In the race, I was able to pressure Robert for a long time even though it is hard to follow another car closely at the Nürburgring. The tyre degradation was also an important factor. The result is not completely satisfying, so I will re-enter the battle tomorrow despite a somewhat disappointing Q2.”

Sacha Fenestraz (Josef Kaufmann Racing): “This time, I didn’t jump the start like I did at the Hungaroring! It was a good race. I overtook Daniel on lap one, but then it was difficult to catch the leaders. So, I decided to take care of the car and settle for third place. We did a good job in getting the pole in Q2. I am looking forward to tomorrow to go for the win and catch up to the leaders in the general classification.”

Daniel Ticktum (Arden Motorsport): “I had no grip in the first three laps. It was somewhat unusual, considering I got an excellent start before I had to slow in the first series of corners to avoid under-steer. A little later, Sacha got passed me on the outside of T11. He made a very nice move. Max Fewtrell caught up to me at half-distance. We both locked up the wheels heading into the chicane. It was touch-and-go, and I preferred to cut the corner to avoid the curbs and all the collateral damage to my car, but Max was too far behind for me to wait for him. I received a five-second penalty for this, which I was expecting.”