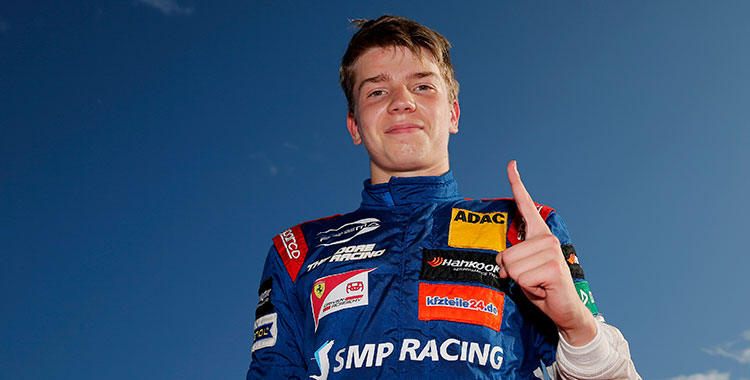 Robert Shvartzman won the dash to the first corner from Mick Schumacher and went into the lead. During the first few laps, Schumacher tried to attack his Russian teammate, but the latter defended successfully and stayed in front. Behind the two Prema drivers, Jonathan Aberdein slotted into third place from Marcus Armstrong (PREMA Theodore Racing) and Daniel Ticktum (Motopark). The Brit overtook the rookie from New Zealand on lap two and secured fourth place.

Now, participants in the FIA Formula 3 European Championship have time until mid-October to prepare for the decisive round in the battle for the title at the Hockenheimring Baden-Württemberg.

Robert Shvartzman (PREMA Theodore Racing): “Winning an FIA Formula 3 European Championship race is an incredible feeling. We have worked hard for this and beating Mick wasn’t easy. My better start was the key. Moreover, it was nice from him that le left me room in the first corner. After that, I had a good rhythm and I managed to hold on to first place until the finish. Of course, the team has played a huge role as well as it gave me a great car. Congratulations to the entire team on having won the teams’ title.”

Mick Schumacher (PREMA Theodore Racing): “Also from me congratulations to the team, winning the teams’ title is great. Everyone on and off the track has worked hard to achieve this and has done a great job. In this race, Robert was very good while my start wasn’t optimal. After that, my speed was very good as well which shows that I had the potential to win this race, too.”

Jonathan Aberdein (Motopark): “The story of my race is a brief one: I had a good start and then tried to keep Daniel behind me. That worked out well and thus, I finished third. Third place is a nice result, especially as I think that, compared to us, the Prema team had an advantage here.”